Yes, you read that headline properly. It is possible to find 50 female horse names that arenâ€™t completely ridiculous. Possible, but not easy. The problem is there are so many rules you have to abide by when naming a thoroughbred. Of course, naming a horse is considerably easier if itâ€™s not going to race or compete in show jumping events.

The Rules for Female Horse Names Interestingly, all Thoroughbreds have the same birthday, January 1st, regardless of when they were actually born. They have to be named by the last February, within two years of their birth, so you have a bit of time to come up with something original.

The rules around naming horses are strictly enforced and you can check to see whether or not a name has already been taken. I would strongly advise taking the time to do this. The rules state that you can only name your horse something thatâ€™s already been used after the first horse has not been involved in racing for at least five years.  You canâ€™t even name them something thatâ€™s similar. Who decides whatâ€™s similar? That would be the senior members of the Jockey club.

While some of the rules make sense, some seem to be a little over the top. I completely understand why you canâ€™t use trade names, race track names, or names that end with 1st, 2nd, or 3rd. Iâ€™m not sure why you canâ€™t use names with initials though, or why the name is restricted to 18 characters.

Thereâ€™s also a rule that states you canâ€™t name your horse anything â€œhorse-related.â€ So, no â€œfoalâ€ or â€œfilly.â€ I wonder if thatâ€™s to make things easier for the racing commentators?

Although thereâ€™s plenty of rules for naming your thoroughbred horse, thereâ€™s also plenty of room for creativity. A short visit to your local racetrack will prove this. It often seems as though the owners just brainstormed the weirdest names ever and went with those.

In compiling this list of female horse names, we tried to create ones that the horse wouldnâ€™t be embarrassed to tell her friends about. Did we succeed?

At the time of writing, these names were all available so please feel free to use them.

Lovely Names for Your Pet Horse Naming a pet horse is a much easier decision as there are no rules that you have to obey. If youâ€™re lucky, the horse will make it blatantly obvious what her name should be, either by how she looks or how she behaves.

If your horse doesnâ€™t give you any ideas, then you may have to turn to other sources. The list of female horse names that have been compiled here has been chosen simply because they seem right for such a beautiful creature as a horse.

The options are endless really. You can name her after colors, flower, songs, tv characters. Iâ€™m willing to bet that thereâ€™s been a lot of both male and female horses being named after Game of Thrones characters recently.

The Most Important Aspect of Naming Your Female Horse

Whatever you decide to go with, the most important factor in naming your female horse is what the name means to you. When you become the proud owner of a new horse you embark on a relationship that will probably give you more pleasure and satisfaction than you ever imagined. Youâ€™re going to spend a lot of time engaging with her, caring for her, and making decisions for her. When you think of it like that, choosing the right name is not a decision to take lightly. 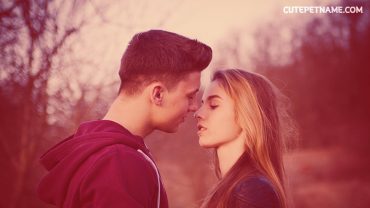