50 Cute Gifts For your GirlFriend

Whether youâ€™re looking for horse names for a real horse, a horse in a video game, or a horse for your novel, hereâ€™s a list of 50 great horse names separated by category. Historical horse names, fictitious horse names, famous racehorses, and more can all be found here.

Gun Rock: In the 1920â€™s, Gun Rock was the name of a famous horse in the United States Cavalry used to sire cavalry horses.

Comanche: A famous US Army horse who was given a military funeral.

Marengo: Napoleonâ€™s horse, Marengo is famous for having traveled over 3,000 miles.

Palomo: Palomo, a white horse ridden by Simon Bolivar during his campaign.

Black Jack: The last horse commissioned by the U.S. military.

Incitatus: Perhaps the only horse to hold public office, this was Caligulaâ€™s steed.

Sergeant Reckless: A horse that held an actual rank in the military of the United States.

Chetak: Maharana Pratapâ€™s war horse, who fought in the Battle of Haldighati. 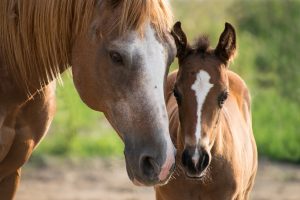 American Pharoah: A famous racehorse that won the Breeders Cup Classic and the American Triple Crown in 2015.

Northern Dancer: Won the Preakness and the 1964 Kentucky Derby.

Carbine: Bred in New Zealand, this bay stallion won over 30 races and sired other champion races.

Greyhound: This grey gelding, also known as the â€œGrey Ghost,â€ is considered one of the best trotting horses of all time.

Storm Cat: This stallion is famous for siring over 108 winners, including eight champions.

Ruffian: Famous for winning ten races in a row.

Curlin: Once highest-earning racehorse in America.

Eclipse: An undefeated racehorse from the 18th century.

Achilles: Achilles was the name of Phoebusâ€™ horse in the Disney version of â€œThe Hunchback of Notre Dame.â€

Silver: Perhaps one of the most well-known horses in fiction, known for the Lone Rangerâ€™s call of â€œHiyo Silver, away!â€

De Lu: The name of the horse ridden by Liu Bei in the Chinese story â€œThe Romance of Three Kingdoms.â€

Gunpowder: Gunpowder was the name of Ichabod Craneâ€™s horse in the movie version of â€œSleepy Hollow.â€

Bree: The name of the horse from the C.S. Lewis â€œChronicles of Narniaâ€ book, â€œThe Horse and His Boy.â€

Brego: In â€œThe Lord of the Rings,â€ Aragorn rides a horse named â€œBrego,â€ and it saves his life on more than one occasion.

Argo: The steed of Xena in the TV show â€œXena, Warrior Princess.â€

Rocinante: The horse of Don Quixote, the errant knight in the story by Miguel de Cervantes.

Glue-Boy: A comedic name, given to the horse of a funny gunslinger named Cuthbert in Stephen Kingâ€™s â€œThe Dark Tower.â€ 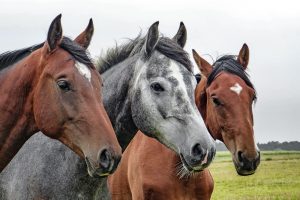 Llamrei: The name of King Arthurâ€™s horse in specific versions of the Arthur story.

Sleipnir: The eight-legged horse of Odin in Norse mythology, Sleipnir was considered the â€œfather of all horses.â€

Gringolet: The horse of the grail knight Gawain.

Tulpar: A horse from Turkish myth, he was said to have the body of a horse and the wings of a bird, much like the Pegasus of myth.

Kelpie: Does your horse like the water? Kelpie is a water horse of myth.

Phobos: Ares, the God of War in Greek mythology, had a fair-breathing horse named Phobos that drew his chariot.

Epona: The goddess of horses in French mythology.

Pegasus: The most famous flying horse in mythology.

Domino: Have a horse with black and white coloring? The horse name â€œDominoâ€ is enjoyable, evocative, and memorable.

Pepper: A horse with gray coloring, or even gray and black coloring? Give it a name like â€œPepper.â€

Oddball: Have a horse with a strange demeanor? Thatâ€™s Oddball.

White-Socks: A classic horse name for a dark horse with white or light coloration around the ankles.

Silence: A mysterious but quietly beautiful horse name, Silence is perfect for a fast, humble horse.

Arizona: Place names can create a unique-sounding horse name, and a name like â€œArizonaâ€ or â€œDakotaâ€ suggests an Old West flair.

Odyssey: A name that invokes a sense of travel and wonder, perfect for the trail.

Shooting Star: A name that invokes speed, power, and surprise, Shooting Star is an excellent name for a fast horse that leaves expectations in the dust.

A Horse Name for Every Occasion

A horse named â€œstallionâ€ isnâ€™t very exciting, so hopefully, youâ€™ve found a name here that perfectly suits the temperament of your new steed. Think about getting a horse as a significant investment. Hence, make sure you donâ€™t give your steed a horse name youâ€™ll be unhappy with. 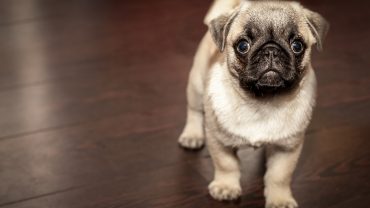