Funny nicknames your favorite celebrities tried to hide from you

As a little boy, Cristiano Ronaldoâ€™s mother called him ‘Abelhinha’ which is Portuguese for ‘Little Bee.” However, that nickname did not fly with his playmates; they preferred â€œCrybabyâ€ because, as a kid Ronaldo was always quick to tearsÂ when things didn’t go his way.

When Daniel Craig was announced as the new James Bond actor, being the first blonde James Bond, the British press were quickÂ nickname him â€œJames Blondeâ€Â which is much better than his childhood nickname – â€œMr. Potato Head.â€

Being the coolest president comes with several nicknames, butÂ there is one funny nickname that Obama has carried since his days at Honolulu high school; “Barry Oâ€™Bomber”.Â Obama earned the nickname for his exploits in basketball, specifically, his left-handed double pump shot.

He doesnâ€™t like the nickname â€œGinger Jesusâ€, Â he doesnâ€™t like being called Ginger Hobbit either.Â I guess no one told Ed Sheeran you are not supposed to love your nicknames. The nickname he hates the most is â€œFire Crotchâ€.

British actor Tom Hardy, who played the lead role in Mad Max, Fury Road has won the hearts of Hollywood lovers with his rugged and narcissistic personality.Â Tom explainedÂ in anÂ exclusive interview with GQ that he was “a little piece of shit” as a kid, and this earned him the nickname â€œWeasel.â€

Destiny Hope Cyrus is her real name. The name Miley originated from her childhood nickname â€œSmileyâ€ which was bestowed upon her because of her ever smiling face. She officially changed her name to Miley in 2008.

Isnâ€™t it surprising to learn that as a kid, BeyoncÃ© suffered terribly from insecurities?Â Back in Houston, she got teased about the size of her ears which according to her â€˜were bigger than my head,’ and this earned herÂ the mean nickname; â€œDumboâ€.

A goldfish can go around the tank and then a few seconds later; they are just as happy to go around again.Â Her friend felt this was a fitting nickname because apparently Mila Kunis has a very short attention span, just like a goldfish. 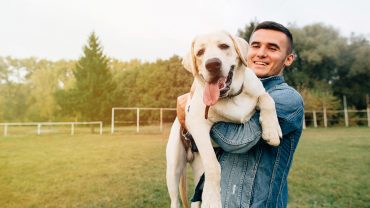