​One of the most exciting times in life is bringing home a new dog. You picked your new furry friend. You’ve researched the best dog food and have a cozy orthopedic bed for the corner. So, you get him home, look in his eyes and think to yourself—what should I name my dog?

What Should I Name My Dog? 5 Important Considerations Or Bestowing A Title To Your Furry Friend

Answering the question “what should I name my dog?” is not a question to be taken lightly. He or she will have this name for the rest of life, and you’ll be calling this name both in private and in public. The name should fit your style and his personality. It’s hard to understand your dog’s personality when the dog is brand new to you ,so we’re here to help you figure our the sticky question of “what should i name my dog?

When you pick a name, commit to it and promise yourself you won’t change it no matter what character your favorite television show introduces six months from now. Whatever you choose, you need to stick with it so your dog doesn’t get confused. Here are 5 things to consider before you name your new best friend:

Not all names are created equal. Long names are difficult for your new dog to learn, and you need to take this into consideration when thinking over the question “what should i name my dog?“

Names with just one or two syllables are best for several reasons. The first is that it’s easy for him to learn while he’s still new to the family. The next is you may need to call his name to keep him out of trouble or danger—so you want a name you can get out quickly and easily.

​If you choose a long name like Cornelius but call him Corny, then just go with that. Teaching him the long name but mixing it with the short is confusing and won’t have the same effect as sticking with the short, clean one. If you have or will have small children, short names are easier for dogs and children to learn and repeat.

If you have hopes of taking your new pal to dog shows, just pick a short version for everyday use.

Dogs really want to learn and please their owners, so make training as easy as you can for both of you by thinking careful on the question “what should Iname my dog?”

Other Names In The House

Avoid rhyming your new dog’s name with another dog or person’s name who already lives in the house. It may sound cute to have two dogs, one named Chip and one named Dip, but it will be really confusing for both the new and existing dog to differentiate who’s who. It’s a good idea to pick a name with a different ending. If you already have a dog with a name ending in “y” with an “e” sound like Brody, don’t pick a name with the same ending for the new dog.

​The same goes with people in the house. If your name is Kelly, don’t name your new dog Jelly. It’s confusing to your dog when people use your name and it sounds like theirs. Keep the words Mom and Dad in mind too. Mom and Dad are yelled more than a dog’s name, so the names Pom and Rad could get really confusing.

How Do You Want To Approach This?

People go about naming their new dogs in several ways, so think about how you want to go about this.

This can be pretty clever and cute. If someone has just adopted a huge dog, they might name him teeny, tiny, or mouse. A spotted dog might get named zebra, or a black dog named snowball. This is always a crowd pleaser at the vet’s office or dog boarding lobby.

If you’ve done research on the breed of dog you have, you could name him by a trait or an image most people attach to the breed. Think about things like this:

Just searching pictures of your dog’s breed can give you ideas. The American Kennel Club’s website breaks down the traits of every breed registered with them if you want more inspiration.

You might just want to hang back for a few days to get a feel for your new friend’s personality before giving him a moniker. Here are great questions to consider before you name your buddy:

​You can pick your favorite singer, actor, historical figure, or character and put a spin on that for a name. Taylor Swift named her two cats after television characters, and there are more than a few Bowies and Lennons running around. It’s a great way to pay homage to one of the greats and have an even deeper emotional connection to the name.

Everyone Will Hear It

Yes, you want the name to be something perfect for you and your pooch. Just keep in mind that vet assistants and groomers will need to pronounce and say it out loud. Keep it clean so others can keep their dignity and parents don’t need to do a lot of explaining to their kids when they leave the vet’s office.

​Also remember that you’ll be yelling his name in the park, on the beach, and around friends and relatives. A name like Garbage may be funny to you because your three-year-old suggested it while she was watching Oscar the Grouch; but will it be funny out loud in public? When you’re naming your pooch, give a few shouts of it in your house just to see how it feels and sounds.

​If you and your family decide on a name and, over the course of the first day or two it just doesn’t feel right, try something else. Your new dog won’t be attached to it after just a day or two. You could write your top five choices and give each one a day to try out. You’d be surprised what one your dog may respond to right off the bat.

​Some dogs have a natural inclination to one sound over another. If your dog snaps his head the first time you call the second name on your list, go with that one.

​If you’ve read through our five pointers and are still asking yourself “What should I name my dog?”, we’re here to help with a little inspiration. We’ve broken these popular names into categories so you can choose from the kind of names you’re looking for.

This can be funny. You can even go through a list of the most popular baby names and pick from those. We recommend you don’t pick a name of any relative or any of your friends’ kid’s names.

It can be fun to hear someone call out “Hank” or “Julie” at the dog park. Just as with people, you can pick a name that really suits your pup.

​It can be fun to name a dog another animal breed—especially if it fits their personality. If a dog loves to swim, you can name him Fish; or if he’s a jumper, you could name him Roo. Other animals to consider include:

You’ve answered, “What should I name my dog” and are excited to start calling out to him. Whatever you name your new family addition, say it with pride. He’s going to be your friend for a long time. You’ll always have fond memories of the name and will think of him every time you hear it from the moment you name him.

Be sure to get a name tag and put it on his collar. Always include your name and phone number. Getting your dog micro-chipped is a good idea, too. Have fun with your new best friend! 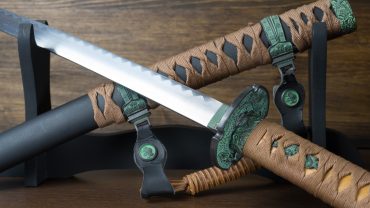