Choosing a name for your child is one of the most important choices you will ever make as parents. After all, that moniker will stick to that person for the rest of their life.

Naming a daughter can be particularly difficult. Female names are expected to be feminine, delicate, and graceful. So, badass names are not exactly the most common. However, most of us would like our baby girl to grow up empowered and with a strong personality. So, choosing one of the tough girl names for her will give her a good head start in life.

Where do You Find Tough Girl Names?

We’ve compiled 50 tough girl names to give you some ideas. To give you a heads-up, there are no Cindy’s or Sue’s on our list of names. The names we’ve chosen come from several different sources. Some are the names of Goddesses or Superheroes and even a couple of supervillains.

It’s possibly happening more slowly than we’d like. Even so, we are now seeing strong women and role models in our television shows, books, and movies. Hence, some of those names have made it on the list.

You’ll notice that the first major female heroine on TV, Buffy the Vampire Slayer, is not on the list. However, as tough and badass as she is, I just can’t bring myself to include Buffy. I simply can’t add her as one of the recommended tough girl names.

The book and television show, Game of Thrones, features heavily here. Understandably, this is because there’s no denying that the show is full of tough girls. However, I didn’t include Cersei as my definition of a tough girl has to include certain qualities–a high moral character. This is even if those morals are not the same as you or I would choose to live by.

I don’t believe that Cersei has a moral code. I think she’s well aware of how horrible she is. Being horrible doesn’t make you tough, it just makes you disciplined.

If you’re one of our younger reader’s, there may be some names on our list that you don’t recognize. I strongly encourage you to look these names up. For instance, Holly is on here for two different reasons. She’s a character from the movie, Breakfast at Tiffany’s and was played by Audrey Hepburn.

Audrey was one of the original tough girls. She stood up for others as much, if not more than she did for herself. Why does that matter? Because this is one of the other qualities of a tough girl. They’re tough on behalf of those that may not be.

A tough name for a tough personality. Here are some of the toughest names for girls that we have compiled from different source. You might even have heard of some of these great names somewhere and surely for a good reason.

It doesn’t matter whether you agree with every one of our tough girl names or not. I’m sure you’ll find some inspiration for naming your baby girl. We want the next generations of women to grow up knowing that they can forge their own path.

Additionally, we want them to know that they don’t have to make pretend. They can be better than the subservient wee woman that our ancestors had to be. She can be strong and tough with a take-no-prisoners attitude. Her strong, empowered name only proves it. 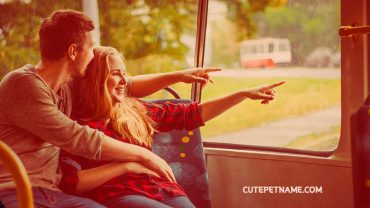