In this age of social media, choosing your Twitter name can be one of the most important decisions youâ€™ll ever make, depending on how you intend to use your Twitter account. If itâ€™s for business, you need a name that advertises who you are and what you do. It must be clear, attention-getting and usually straight to the point.

If your Twitter account is for personal use, then you have a bit more freedom to come up with something clever or funny. In fact, you could use whatever you like but only if itâ€™s not been used already by someone else.

Unfortunately, with over 100 million people active on Twitter, every day, youâ€™ll be very lucky to get the first twitter name you choose. There are ways around this problem though, it just takes a bit of thought. Postplanner.com suggests you add words like the, this is, I am, to the beginning of your name if itâ€™s already taken. For businesses, they suggest you add HQ, Inc, or team.

Whatever you decide, remember that your Twitter name is how you present yourself to the world, at least on the Twitter platform. Itâ€™s how people are going to remember you, so it needs to be something that makes you stand out from the crowd.

Twitter has its own set of rules so you donâ€™t want to attempt to call yourself anything that Twitter’s going to object to. Youâ€™re not allowed to use twitter or admin in your name and you have a maximum limit of 15 characters. Those characters can only be made up of A-Z, 0-9, or an underscore_.

Twitter gets particularly unhappy with people who set up accounts with names that they have no intention of using but are only creating so that someone else canâ€™t use it. You have to wonder why someone would want to do that?

For the purpose of listing 50 Twitter names to get you noticed, we decided to invent an accountant named John Smith. Your name probably isnâ€™t John Smith (or it might be) but this should give you some ideas for your own name. Hereâ€™s what we came up with.

You can have some fun with your personal Twitter name and stretch your creativity to its limit. Nicknames are often good choices, also pet names, favorite books, bands, or movies. Anything that people associate with you can be a good option. Just remember that this will help you get noticed by your friends and family but may not get you any followers from the general public who have no idea what the nicknames or associations mean.

Business names are particularly difficult to create for social media. The ideal twitter name will tell people who you are and what you do, but you are limited by the character maximum of 15, which can make it tricky. You can use numbers in your name but make sure they donâ€™t come off as trite. Humor can be used, but once again, I would be careful as you donâ€™t want to seem frivolous. Unless you have a frivolous business of course.

Twitter Names to the Wrong People Notice for the Wrong Reasons

If youâ€™ve ever worked in any of the emergency services, youâ€™ll understand that there are a time and place for whatâ€™s known as morgue humor. Essentially morgue humor is the jokes you say at work to help ease stress and tension. These are not, however, the jokes you would state in polite company, as they would probably be horrified at your insensitivity.

The wrong Twitter name can get you the same reaction, Twitter censors offensive names but perhaps not insensitive ones, so keep in mind who might be reading your name after youâ€™ve chosen it. Hopefully, the â€œwrongâ€ Twitter names Iâ€™ve listed below wonâ€™t offend anyone. I chose them primarily because theyâ€™re boring or just plain silly.

Whichever Twitter name you eventually decide on, donâ€™t forget that Twitter allows you to add a short bio to your account. If youâ€™ve got one of those more common names, your bio might be your best option for differentiating yourself from the rest of the Twitter herd. Comment below if your Twitter name stands out and gets you noticed. 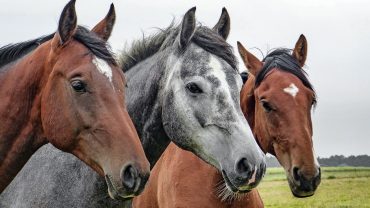