50 Ugly Girl Names You Might Want But Need to Reconsider

With the increase in popularity of the new generation of royals, British names for babies are also becoming more popular. Of course, your baby wonâ€™t remain a baby forever, so you need to give some thought to what that cutesy baby name is going to look like on an adult.

The popularity of names often come and go depending on what movies, books, or celebrities are popular at the moment. Youâ€™ve probably noticed an increase in exotic names recently.

In 2015, there were a slew of babies being named for characters in the Game of Thrones. Daenerys, Theon, Tyrion and Sansa were the most popular. Elsa, Anna, and Kristoff from the childrenâ€™s movie, Frozen, became even more popular around that time.

What Do I Need to Consider When Naming My Child?

When it comes to naming your newborn, there are many factors to consider. Consider how the name you choose fits with the childâ€™s surname. Zowie Bowie could probably give you a few pointers about that. How about the childâ€™s initials? What do they spell out when theyâ€™re put together?

Spelling is also important. You need to remember that if you spell your childâ€™s name differently from whatâ€™s considered to be the norm, then theyâ€™re going to spend half of their life spelling it out to people. These may sound like theyâ€™re trivial things but if youâ€™ve ever been bullied at a school, and most of us have at some stage, then you know kids will pick on anything so, for the sake of your child, donâ€™t give the bullies anymore ammunition.

Try and find something that has meaning for you, so that when your child gets older, you can tell them the origin and history of their name. Many children are named after their grandparents or other family members. This can be a lovely way to remember a loved one, but perhaps consider whether or not the name should be used as a first name or a middle name. For example, Gertrude was a popular name once, not so much now. And I donâ€™t think your daughter would thank you for it, no matter who she was named after.

As far as British names go, you have plenty of choices. Britain, or The United Kingdom if you prefer, is made up of England, Scotland, Wales and Northern Ireland. Weâ€™ve put together a list of popular British names from all these countries, and their meanings, for both girls and boys.

Why on Earth Would You Name Your Child Horatio?

Just for fun, we also added a small list of names that have been are considered to be the ugliest British names. We were interested to see if any of the popular names ended up on the ugliest list as well, but it looks like the ugliest list is in a class all of its own. If youâ€™re looking for a British name for your child, please choose carefully. Just ask yourself this question: â€œHow badly is little Horatio going to be teased at school?â€ 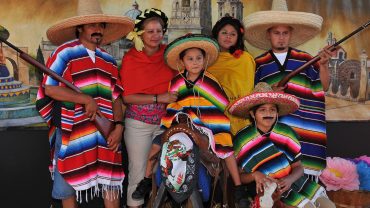