If you own a samurai sword, chances are it’s your pride and joy.

Samurai swords are precious â€“ While made with incredible precision and skill, and also hold timeless meaning and symbolism.

Samurai swords are Japanese swords which were used by the samurai. They even receive their samurai name. The samurai was in fact recognized by having a samurai sword or daisho, in his possession.

Daisho were either big or small battle swords:

Although these are the two main swords of the Samurai, many other different types of swords were used by these heroic individuals.

The Samurai were unwaveringly brave warriors, which is another reason why the swords they carried hold so much importance and fame as well.

However, the incredible process involved in wielding a samurai sword is an astonishing and respected craft that is still considered masterful today.

If you are one of the lucky individuals who own one of these incredible pieces of work, you will want to name it something that matches its might and fame.

That could take a while to figure out.

So, to help you, we’ve come up with a list from which you can choose your Samurai name. Hence, you can give your samurai sword a title it deserves.

These names are traditional Japanese names/words that you can use to accompany your samurai sword. Since samurai swords are Japanese built, it only fits to give your sword a name that respects its origin. We have listed them in alphabetical order for your convenience.

Akaiittou means red blade. This brings to mind a perfect visual of one of the most critical stages of Japanese swordsmithing.

This name implies raincloud. If you and your sword bring on darkness, this is a good name to choose.

This name is classic. Bushikatagi means samurai spirit in Japanese. If you believe your samurai sword holds the true sense of its past masters, this is the right name for you.

This classic name means flying dragon. It has a powerful Japanese connotation to it and gives your sword a lot more power than it already has.

This name means thunder in Japanese.

To accompany #5, Inazuma implies lightning strike. A very fitting name for a samurai sword in the hands of a skilled fighter.

If your samurai sword has a bit of gold in it, Kin no Tora could be the perfect name. It means golden tiger.

Meaning broken cloud, this name has a dark and powerful undertone.

This Japanese name means dark dragon. Who would want to mess with that?

This was ye name of Maeda Keiji’s horse, which holds a lot of fame. Maeda Keiji was a famous samurai warrior who apparently took down thousands of enemy warriors with only eight riders. The name Matsukaze means wind of the pines, in Japanese. This is a mighty and respected name in a lot of ways.

This strong name means evil wind. If your samurai sword has a darker side when you cut the air with its force, this name may be the one for it.

Shingi to Giri means loyalty and honor. If you think of your sword, and every samurai sword that came before it, wouldn’t you think this is a fitting name for such a companion?

This short and catchy name means Hawkeye in Japanese. Hawkeyes are sharp, smart and never fail. Think about naming your samurai sword this respected name.

Tetsuyama means iron mountain in Japanese. This name is bold and intimidating. When you look at a samurai sword, it may be the first name that comes to mind.

This traditional name means mountain storm. If you are quite skilled with the samurai sword, this may be a perfect fit for you and your iron companion.

Yoarashi means night storm in Japanese. When a samurai received a new katana or if he had developed a new practiced skill, he would test out his sword/skills by attacking a person. This was usually done at night. Night storm is a perfect, poetic description of what this would be like.

This Japanese word means night wind. Similar to #16, this would be a very fitting name for a samurai sword, given the historical reference to samurai’s night attacking rituals and skills.

Other Ideas for Samurai Sword Names

Alternatively, you could combine two of these words to create an even more powerful name for your samurai sword.

For instance, Kin no Tora Inazuma would be golden tiger lightning strike. How perfect of a name is that?

If you are looking to name your samurai sword after a famous samurai, check out this list of recorded samurai warriors. 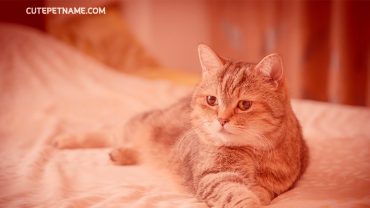