400+ Cute Nicknames For Your Loved Ones

The sea is very unpredictable. When waves and tides combine with beliefs in sea gods, you realize you need all the luck you can get to brave the waters as you explore the sea world. Just as people name their horses, most people have names for their vessels. When you first hear about boat naming, you may think it is a joke. Boat owners regard it as a very serious event where families have a ceremony, drink champagne, make speeches, pray, and chant seas.

How to Name a Boat: History of Boat Naming

What really is boat naming? It is giving a special name to a recently acquired boat. Traditionally, it was to honor and ask the gods to protect it from peril. This tradition or superstition started years ago when sailors named their vessels after gods, goddesses or saints hoping it would bring good fortunes to their travels. The Greeks were the first to use wine to christen boats as an offering to the gods. This later became popular among other sailors and the tradition has been passed on to date.

One of the most common superstitions you will come across when looking for tips on how to name a boat is that the name of your vessel is recorded on Ledger of the Deep which is Poseidon’s (Greek God of the sea) personal record book. Once you had a name, it was bad omen to change it since it meant it will also miss from Poseidon’s book. A proper boat naming ceremony was good fortune or your boat would face the wrath of the god of the sea.

The name of your boat leaves a lasting impression about you or your personality. No laws restrict naming of boats. You can choose any name you want. You can have a short name or a long one although long names are discouraged. Boats are expensive vessels especially yachts; chose a name of significance and a memorable one. A name should be able to sound decent when called by the VHF radio. When choosing a name ensure it is short without complicated spellings. Many people name boats after important people in their lives, others choose names that would bring them luck.

3 Reasons for Naming Your Boat

Giving your ship a name and registering it makes it easy to track it in case of any crisis in the water. Unlike cars, which have plates, your boat is referred by the name you give it. In a crisis, you mention the name of your boat over a radio for an emergency responder to find you. Any miscommunication with the Coast Guard can cost you your vessel or even your life if help does not come on time.

A name you give your boat will influence how people see you. People will definitely avoid your boat if it has a name like â€˜Cirrhosis of the River’. The name should reflect your boating attitude and style.

3. It Tells Your Story

Tips on How to Name a Boat

In the past, most boats were named after female figures. The female figures were mostly goddesses or mythical figures. Others used popular feminine names after beliefs in goddesses began to fade. Choosing a name that has a lot of significance to the owner makes them motivated to cherish it and make his ship maintenance and upkeep their priority. Let us look at some tips on how to name a boat:

Names Not to Use

How to Choose Names

Naming a boat after goddesses, spirits and legends was mainly used in the past. People of the sea will teach you many things: resourcefulness, geography and wealth about German, Greek, and Norse deities, fantastic legend, eerie and seafaring stories. These legends and goddesses provide you with a unique name for your boat depending on their personalities in those stories.

If you lose your boat or it sinks, or you want to upgrade, or you have acquired other boats, you can still give them a name you have used before. You can add numerical numbers to it. For example Rose II, Adventure IV. You can use numbers too. For example, in 2016, Nailed it Again was a favorite name. Sometimes your search of how to name a boat may not give you inspiring results. If this happens, do not hesitate to use a familiar name.

If you are obsessed about your work or a certain occupation, you can name your boat after it. Alternatively, you can have a name related to it. For example, The Doc, Exit Strategy.

Lady in Your Life

You can name your boat after a special woman in your life. This was a trend in the past. It is believed that the word â€˜ship’ in the Mediterranean is feminine. Another theory is since boats were given female names in the past, they became associated with women. In addition, most captains were men. They spent a lot of time in boats making them have a closer relationship with them than those they had with their mothers or spouses. Therefore, they gave them female names. Example of famous names include Captain’s Lady, Sweet Carolina, Miss Maggie.

If one day a particular breeze makes you feel somewhat fancy, you could choose to call your boat after that weather phenomenon. Earlier boat owners named their boast after wind. Some famous names include Wind Chaser, Breaking the sea, Second Wind.

You can definitely know a competitive person by just reading their boat. It is normal to you want your boat to win against other boats. Some favorite competitive boat names include Stolen, Spookie, Dark Star, and Flight Risk. Some favorites according to Dockwa include Calliope; the Greek muse associated with eloquence and epic poetry, Valkyrie; the Norse figures who chose those that will live or die in battle, Freyja; a Norse goddess associated with love, sex, beauty, fertility, and gold, and Hespera; the Greek god of immortality.

After a broken heart from losing a loved one or losing a fortune in a drunken night of gambling, you could name your boat after your tale of woe. For example, After Child Support, Life’s Wreck, Bittersweet, No regrets, Solace, Fighting Lady. Using the name of a loved one who died can make you feel like you are still with them every other day and cherishes their memory. For example Rayanne; someone’s daughter who died from cancer.

From classical music to contemporary music, you can name your boat after your favorite tune. Some of the most famous ones according to Dockwa include White Album, The Madam Across the Water from Elton John’s album.

Some people buy boats as a getaway to fun on water. You take some friends with you and have some fun. Some famous names include Boat Drinks, Comfortably Numb, Getting Slizzard, and Mad Cap.

Some like to name their boats from different languages. Maybe you have learned a new language or there are words from another language that appeal to you. You may also want to stay in touch with a language spoken by people in your culture of from your family lineage. For instance, one would choose an Italian name. For example Andiamo! Italian for â€œLet’s go!â€

You can pay homage to anything that you have some attachment to. It could be a famous vessel that was used by the Navy in a war, a reference from your favorite superhero movie, or a famous athlete. Anything you have great respect for. A good example is The Gray Ghost from the East Coast from the USS Newport News.

Some people are exceptionally good with puns. Everybody loves a good a pun. Having a clever pun as your boat’s name is one of the most common ways of how to name a boat. However, do not get carried away and give your boat a name that leaves a bad taste in the mouth. You can be witty without looking like a moron. A few good puns that have been used before are; ABSeas, Fanta-Sea, and Knot So Fast.

Another tip of how to name a boat is to name it after a headline or a summary of a favorite personal story. Make the caption as interesting as possible. Make those who see it a little curious about the story behind the name. It can be a story that you like telling those aboard or it can be a secret and confidential story. Keep people guessing. Some examples include; Against All Odds, Chocolate Socks and Oh No.

A boat’s name is its identification plate. If you buy a boat from someone and you do not want to use the current name, you can change it. Make sure you remove all personal things of the previous owner and replace them with new ones. Notify the Coast Guard of the change of name and provide the documentation. This allows them to update their database, and improves service delivery.

Organize a christening ceremony. Invite a few friends and family over, bring a bottle of champagne, and ensure it is not a cheap drink as a sign of respect to the gods of the sea. Make a speech. Finally, toast to the boat, the new name and to the gods and splash some on the boat. Ladies and gentlemen that’s how to name a boat. 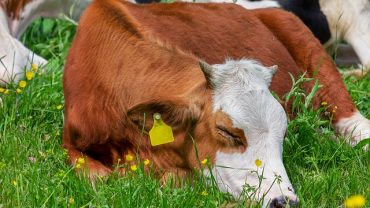