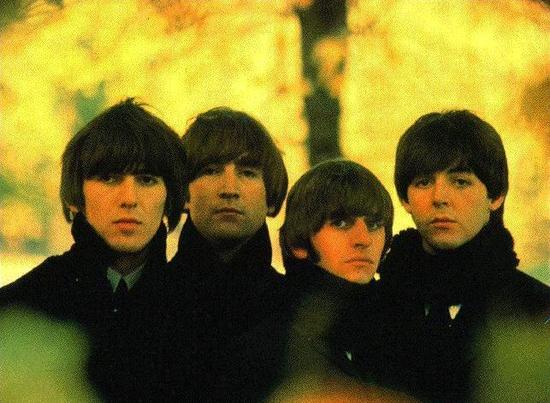 Chances are you've heard of one of the greatest bands in the world: the Beatles. Many fans and music buffs have asked this question at least once: How did the Beatles get their name? The answer is pretty fascinating, much like the rest of their story. We don't say this subjectively, either.

Quick Navigation
Who Were the Beatles?
How Did The Beatles Get Their Name?
Why Were They Famous? A Closer Look
â€‹â€‹Beatlemania and the British Invasion
Most Popular Albums to Date
Abbey Road
Sgt. Pepper's Lonely Hearts Club Band
Revolver
A Legacy

From global stardom, to hundreds of hit songs and thirteen studio albums over their decade of music making, to breathtaking performances that have literally gone down in history, the Beatles have achieved something most music groups only dream about. Of course, there's more to The Beatles than just their superstar fame.

Who Were the Beatles? 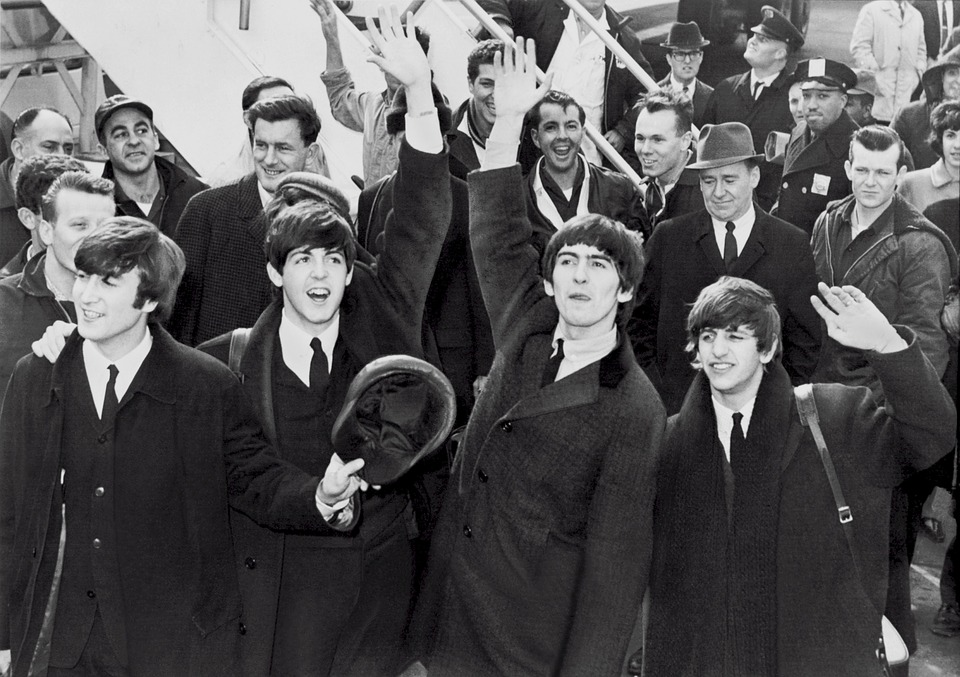 At their most humble beginnings, The Beatles were four young boys from across the pond - Liverpool, a small city in England, to be exact. The beloved band included members lead vocalist and guitarist John Lennon, lead vocalist, bassist, and guitarist Sir Paul McCartney, guitarist and vocalist George Harrison, and drummer and occasional vocalist Ringo Starr (proper name Richard Starkey).

The Beatles unofficially began in 1957 when the then 16-year-old John Lennon formed a band with several of his high school friends, including then 15-year-old Paul McCartney. Though this band was not the Beatles, it was what first brought the iconic songwriting duo of Lennon and McCartney together.

In 1958, McCartney invited his friend George Harrison over to watch the band. During this meeting, Harrison auditioned for the band and impressed Lennon. However, it was another month or so before Lennon allowed the young Harrison to join the band as lead guitarist. 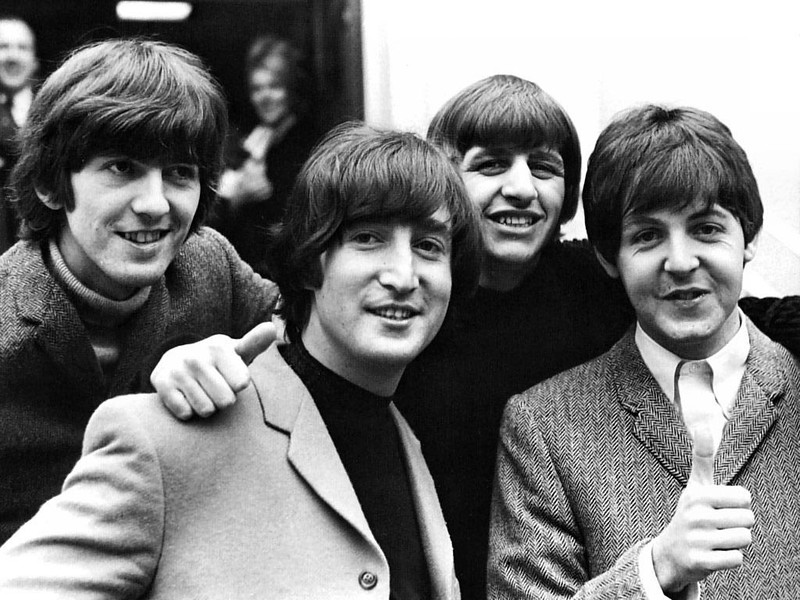 At this point, only three of the four Beatles had been assembled. In 1959, after Lennon, Harrison, and McCartney had left high school, Lennon began studying at the Liverpool College of Art. Here he met Stuart Sutcliffe, who joined the band in January 1960 as a bassist. The band was now a foursome, but they still did not have a full-time drummer. To remedy this, the band auditioned and hired Pete Best as their drummer in the summer of 1960.

Over the next couple of years, the band underwent several changes. Sutcliffe decided to leave the band to pursue his art, McCartney took up the bass, and the boys met Brian Epstein, a local record-store owner and music columnist, and George Martin, a producer who signed them to EMI's Parlophone label.

It was during Martin's first recording session with the band that Martin found issues with Pete Best's drumming. This lead to them searching for a session drummer, which caused the position of drummer to alternate between a few different men, including Ringo Starr. By 1963, Ringo Starr officially joined the band as their drummer and their debut LP, Please Please Me, was not far behind.

How Did The Beatles Get Their Name?

So now that we know a little bit about who The Beatles were, how did The Beatles get their name? The truth is that "The Beatles" was the sixth and final name that the band used, with the first starting back when Lennon was just 16.

As mentioned, Lennon formed a band in 1957 with some high school friends and called it The Blackjacks. Shortly afterward, however, they changed the name to The Quarrymen after their school: Quarry Bank School. After the boys graduated from Quarry Bank and Lennon began attending art school, he suggested the name, "Beatals." Lennon coined this name after Buddy Holly's band, The Crickets. In fact, Buddy Holly and The Crickets were one of the first and strongest influences for The Beatles overall arrangement and style. 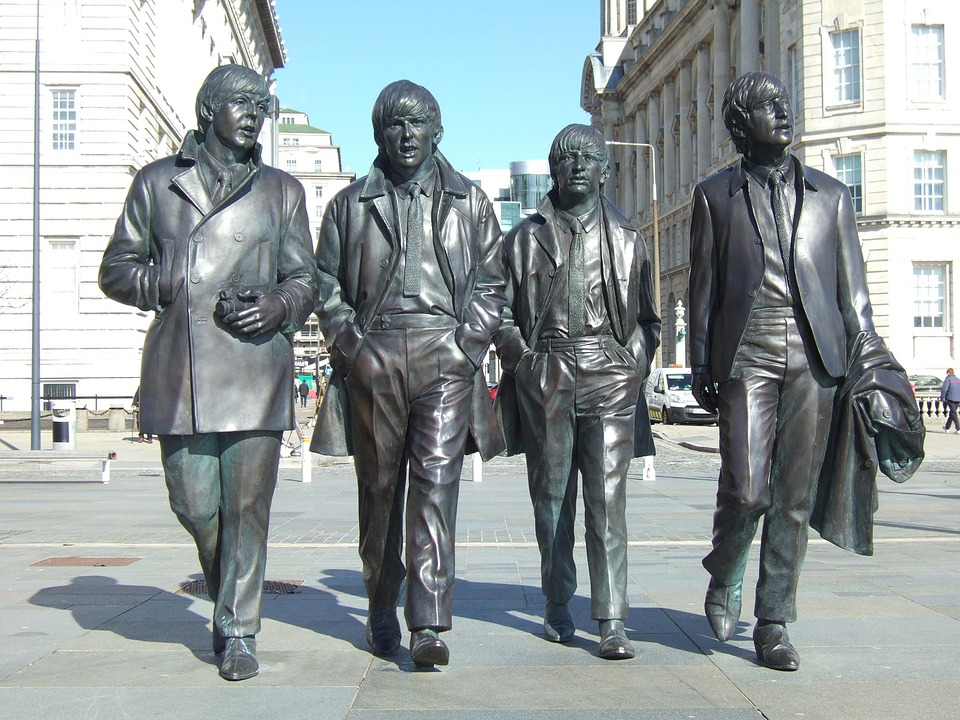 In January 1960, the band was rechristened The Silver Beetles, a name which lasted until about May. In July of the same year, they changed their name to the Silver Beetles and in August, the boys finally settled on the name we know and love today: The Beatles.

The final name is actually a cute and clever pun. The band was inspired to name themselves after insects as the Crickets did, but they changed the spelling for an extra kick. While "The Beetles" and "The Silver Beetles" fulfilled the insect gag, it was the changed spelling that made the pun complete. They took "beat" from musical beats, thus landing at The Beatles in the end.

While most fans and fellow musicians found the name to be fun, clever, and fitting, some thought the name was enough to earn The Beatles a spot on the Rolling Stone's list of "The Thirteen Dumbest Band Names in Rock History."

Why Were They Famous? A Closer Look 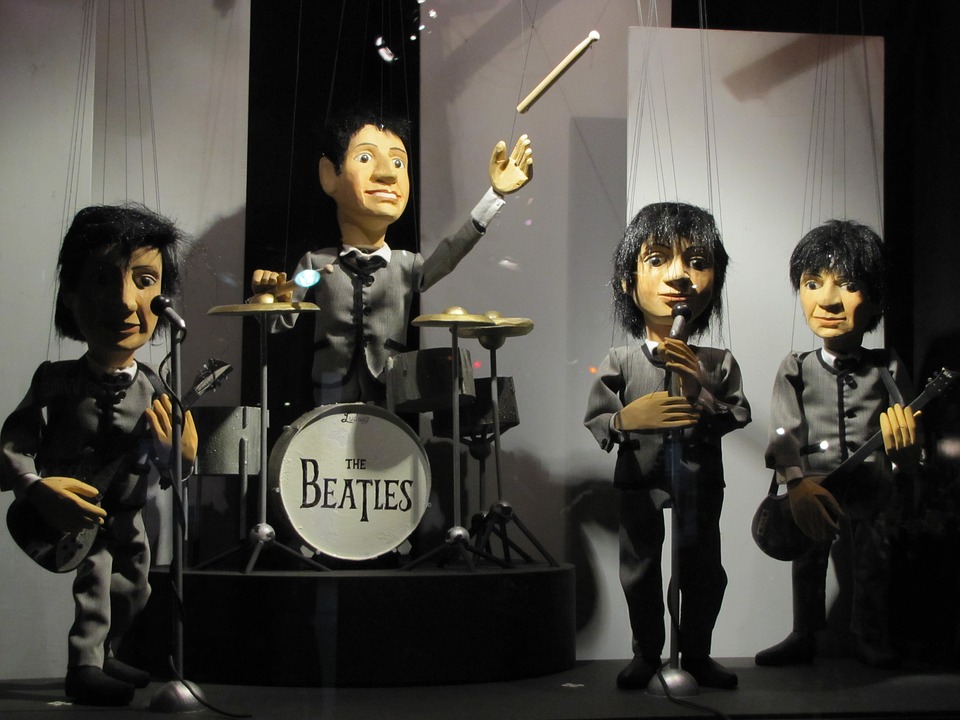 The Beatles are best known as an English rock band formed in Liverpool in 1960. The band itself became one of the most popular and influential musical groups in history. With a unique sound, remarkable hair, and influences from skiffle, beat, and 1950s rock-and-roll, not only were the Beatles an integral part of making pop music into an art form, but they also carved out a space for themselves in the counterculture of the 1960s.

The group incorporated elements of oldies, classical music, and unconventional recording techniques (speeding things up, slowing them down, playing things backward) into their songs, giving them a timeless sound that has often been imitated but never reproduced.

A large part of the Beatles' popularity and fame came from their look. Coming off of the 1950s rock-and-roll era, the Beatles classic look was thin suits, thin ties, and hairstyles known as "mop tops." They were always well-groomed and impeccably dressed, showing audiences in America and beyond a charming British style that was both fascinating and attractive.

â€‹â€‹Beatlemania and the British Invasion

After their first LP was released in March of 1963 (and coming off of the massive success of their two singles from the album "Love Me Do" and "Please Please Me"), the band toured the UK three times. The media was taken with their comical attitude and antics that often defied the expectations for pop musicians at the time, while simultaneously winning the hearts of fans nationwide. Soon, the group was met with screaming, nearly riotous fans wherever they went, sparking what was soon known as "Beatlemania."

In early 1964, the Beatles left the United Kingdom with approximately 4,000 fans gathered at the famous Heathrow Airport in attendance to see them off to the States. When they landed at New York's John F. Kennedy Airport, they were met by a screaming crowd of more than 3,000 fans.

Their first live performance on US television was performed on The Ed Sullivan Show - a performance that is now a popular part of music history. The broadcast was watched by an estimated 73 million people in over 23 million households, giving the boys a large introduction to their American audience just two days after landing on US soil. A day later, Beatlemania went into full effect in America during their first US concert at the Washington Coliseum. This frenzied reception soon became the norm for the Fab Four.

The Beatles began what is now known as the British Invasion since their popularity sparked an unprecedented interest in British music across the states. Many other British bands made their own American debuts, fostering interest in not just the music, but the culture as well.

Most Popular Albums to Date

The Beatles were active from 1960 until they broke up in 1970. During this time they released thirteen studio albums. Collectively, millions of their albums have been sold worldwide since they first hit the scene in the early 60s, showcasing their staying power. Some of their highest ranked albums include the following:

Released in 1969, Abbey Road is one of the most iconic albums produced by The Beatles. Including hit songs "Here Comes the Sun," "Oh! Darling," and "Because," Abbey Road captured the turbulence of the late 60s in a collection of gauzy, soulful, and sometimes psychedelic tracks. It sold four million copies in the first two months after its release.

Released in 1967, Sgt. Pepper's Lonely Hearts Club Band is the second highest ranked album produced by The Beatles. The "Sgt. Pepper" personas the band took on influenced much of the album's story, creating a mixture of psychedelic sounds with that of the early Beatles. Popular tracks include the titular "Sgt. Pepper's Lonely Heart's Club Band," "With a Little Help from My Friends," and "Lucy in the Sky With Diamonds."

Released in 1966, Revolver is the band's seventh studio album. It was the final recording project from the Beatles before their retirement from live performances. The album includes a mixture of music where sounds and influences blend together to create tracks like "Eleanor Rigby," "I'm Only Sleeping," "Love You To," and "Yellow Submarine." 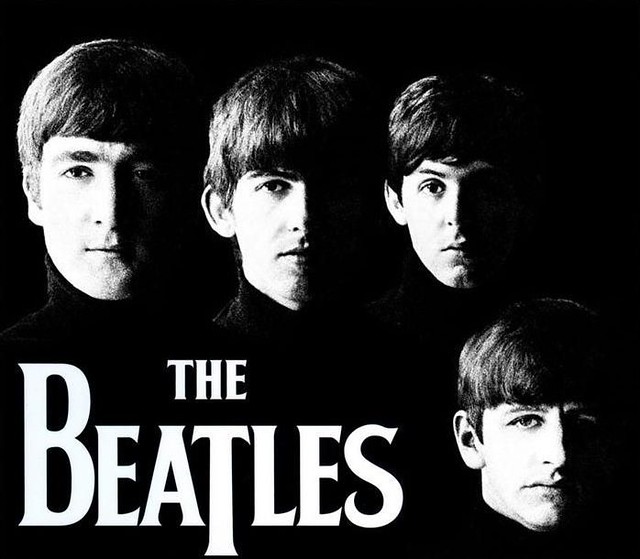 Though John Lennon and George Harrison have passed on and Paul and Ringo have settled into their own solo acts, the legacy of The Beatles lives on. Still regarded as one of the most popular and influential bands in history, you can still hear their music on every streaming service, purchase their albums online and in stores, and even hear their songs on commercials, in movies, and on the radio. Though Beatlemania has certainly died down, it will never completely go away.

How did the Beatles get their name? A lot of trial and error, influence, and a fun pun. 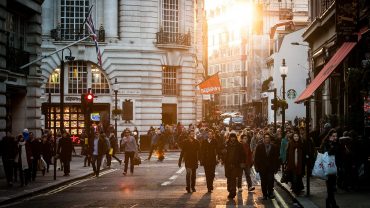