50+ Car Names: Why Each Car Name Suits Your New Auto

Some might call it sentimental, but if you’ve just landed a brand-new ride, why wouldn’t you give it a name? It’s a faithful horse, a constant companion through thick and thin. If you’re looking for car names to suit your new set of wheels, here are fifty to get you started.

Lee – Short for the “General Lee,” the backroad-jumping star of The Dukes of Hazzard.

Bumblebee – One of the main Autobots in Transformers, Bumblebee is perfect for a yellow car.

DRAG-U-LA – The name of Grandpa Munster’s drag racer in The Munsters.

Baby – Baby is the name of the Winchester’s ghost-fighting Chevy Impala in Supernatural.

Herbie – Great for any Beetle, small cute car, or just fans of the old Herbie the Love Bug flicks.

Christine – For those with a dark sense of humor, Christine is the killer cherry-red Plymouth Fury from the horror movie Christine.

Bandit – Burt Reynolds drove a 1976 Pontiac Trans Am named “Bandit” in the classic Smokey and the Bandit.

Lightning – Short for “Lightning McQueen,” the upstart-turned-mentor of the Pixar Cars series.

Homer – Another car name for a prankster, the “Homer” was the hideous car Homer Simpson designed.

Wraith – The titular ghost car of The Wraith, an ‘80s horror film.

Shaguar – Really only works for a Jaguar, but for Austin Powers fans it’s a no-brainer.

Wheeljack – Named after the Transformer flying around in a Lancia Stratos.

Ecto-1 – The Ghostbusters wouldn’t be caught undead without their classic Ecto-1.

Car Names in Other Languages

Relámpago – Spanish for “lightning,” it makes a solid name choice for any fast car.

Loshad – Calling back to the steeds of old, Loshad is Russian for “horse.”

Misairu – “Misairu” is the Anglicized version of the Japanese word for “missile.”

Vitesse – Though it sounds like a coquettish young woman, “la vitesse” means speed in French.

Arma – Greek for “chariot,” what better car name is there than one of the very first racing vehicles?

Racheta – The Romanian word for “rocket,” it has a nice ring to it.

Gati – Simple and short, “Gati” is the Hindi word for speed.

Veronica – Everyone has a Betty, but your car should definitely be a Veronica.

Marge – This is the name for a big SUV, a Hummer, or any huge brick of rolling steel that is never going to let you down.

Trixie – Any car named “Trixie” needs to be light, fast, and full of surprises.

Cecilia – A fitting name for a convertible or a sophisticated sports car.

Max – A good name for an energetic car with a lot of power under the hood.

Isabella – “Izzy” for short, “Isabella” is a classy name for an expensive foreign car.

Victoria – Victoria is a racer – she has “victor” right there in the name.

Ellie – Ellie is the name of a reliable, well-loved car that is greater than the sum of its parts.

Stella – Stella is the kind of car that becomes the love of your life. Stella races, goes off-road, and never breaks down.

Car Names Based off Color

Sable – Do you have a shiny black car? Meet Sable.

Onyx – Onyx works great for a car that even has black rims and a black grill.

Garnet – Both a girl’s name and the name of a jewel, it’s also a fantastic nickname for a red car.

Ruby – Another gem name, but it invokes a darker red, and a sexier-sounding car.

Laurel – Are you one of the 1% of people in the world with a green car? Laurel reminds people of green, growing things.

Oxford – Is your color a dark blue? “Oxford blue” is a classic shade.

Zaffre – A less well-known shade of blue, Zaffre is a great name for a car with a saturated, deep blue shade.

Silver – Obviously good for a gray-colored car, it also doubles as the name of the Lone Ranger’s faithful steed, Silver.

Heather – “Heather” is a trickier name. Most know it as a girl’s name, but it also describes a shade of gray that is “muted silver.”

Ghost – Have a pristine, white car? Ghost is a mysterious and cool car name for you.

Separated by color, language, gender, and fictional counterparts, this list should be able to help you land the car name you can be proud of. So, get behind the wheel of your new “Victoria” or “Ruby” and burn rubber into the sunset knowing you’ve grabbed the perfect car name for you. 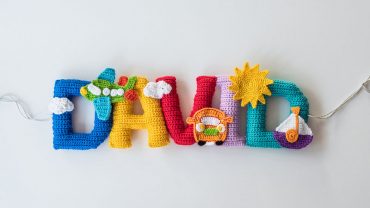